The WURA Chairman has addressed the residents of lower Welcomes Road as they have been affected the most by the current construction sites.

Some of you may have noticed that there are markings on the road and pavement at the Kenley Lane end opposite the Moorings Medical Practice. These works are apparently connected with the installation of a soakaway/holding/attentuation tank to control the flow of surface storm water emerging from the upper reaches of Kenley Lane and Welcomes Road (Kenley Common) which can lead to severe flooding in Kenley Lane up to the Railway Station.

We have had no formal notice from the Council of the start date for the job but understand that 4 way traffic light control will be in use whilst the work is carried out.

There are still some 60 HGV (30MT each) round trips (140 trips so far)  needed to clear the site of excavated material plus another 25 deliveries of pre-mix concrete to stabilise the site. After that there are all the other building materials needed to complete the new homes.  Once all the groundwork has been completed traffic relating to deliveries will use the Council approved routing from Kenley Lane, exiting at Hayes Lane by turning right i.e heading from North to South.

In view of the enormous and unprecedented load on Welcomes Road, which only has no formal base, the Road Committee made a decision to confine the traffic from 42 WR and associated damage, to as short a stretch of the road as possible. The Committee in making this decision also took into account  the excavation needed  to install a new electric cable to the No 10 Welcomes Road development from a connection point in Kenley Lane/end of Welcomes Road. This excavation is to be made good after the bulk of traffic from 42WR has subsided sometime in March 2022.

The engineering drawings and plans for 42 WR  did not appear to include any accurate  indication of the extent of the excavations required and the subsequent impact from the resulting HGV traffic on Welcomes Road.

Traffic generated from these developments  will  follow the routing laid down by the Council. (North to South).

The developers have been exemplary in keeping us informed of road works and have done their best to minimise disruption in difficult conditions with parking in the relief bay they created by unrelated vehicles.

As mentioned above the trench (UKPN cable conduit) cut along the centre of the road will be made good properly once the traffic from 42 WR has subsided. The exact timing of this work may be influenced by the works being carried out in Kenley Lane by the Council’s contractors, Conway.

The hole dug in Welcomes Road opposite the site was carried out by an unknown party without permission from WURA but the developer has back filled this more than once as it has given way under the weight of traffic.

The remaining schedule of work associated with 10 WR is as follows:

Please continue to avoid using the lower part of Welcomes Road after 20th January, when the above road works are completed, as it will then be very busy with HGV muckaway traffic moving earth from No 42 WR. The routing for the trucks is via the Kenley Lane entrance to Welcomes Road and the contractors are Sivyer, www.hsivyer.com. If you see their trucks anywhere else on our road network, which includes Zig Zag and Uplands Roads, please report this to WURA using welcomesanduplandsroads@gmail.com as we require payment from the developers for the extra loading. Including photographs of the offending vehicles would be helpful, with a note of the date and time.

The task to remove 2000m3 from the site at 42WR  will involve around 170 trips by 32ton trucks x 8 loads each working day ending roughly mid February 2022. This means 16 muckaway truck movements (round trips) a day.

Please try to avoid using the lower section of Welcomes Road for the time being. There will be about 5 lorries a day visiting this construction site most clearing away spoil but some delivering building materials. They will also be pumping concrete.and building the first foundations of the new houses. They have been asked to confine operations to between 9 am and 3 pm to avoid the ‘rush’ hours.

WURA have received these letters (PDF file) from our MP and the Minister of State for Housing about the use of Community Infrastructure Levy (CIL) funds to upgrade private roads and in the case of Welcomes Road, a designated footpath which needs to be made safer for walkers.

Although millions of pounds in CIL is being collected by Croydon Council in respect of developments fronting Welcomes Road, the Kenley Transport Study, though recognising problems with Welcomes Road and the safety of pedestrians, shows that nothing is earmarked to be spent on the road by the Council.

The letter from the Minister suggests that CIL can be spent on footpaths and the matter will be taken up with the Council particularly as funds should have been set aside from the development at No 10 for this purpose.

For reference, the final report from the Kenley Intensification Zone Transport Study from February 2020 can be viewed here (PDF file).

We will be including a reference to paragraph 3 of the Minister’s letter in future objections to inappropriate development applications in the WURA area. 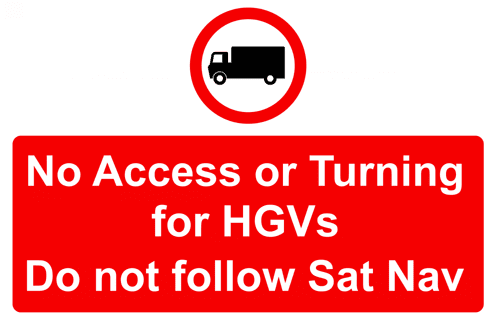 WURA Committee members held a meeting early in December with Croydon Council to follow-up on the routing requirements for the HGV traffic associated with the new developments.

“As discussed at our meeting I believe I can support vehicles on Uplands Road entering and exiting via Abbots, and whilst I agree ‘SLOW’ markings and some double yellow lines are needed on the Abbots sharp turn these would have to be implemented as part of a new sites conditions if one comes up on Abbots as the current financial situation in the Council does not allow me to implement them on a general basis.”

“I can confirm that new sites along Welcomes are required to pay into a fund to cover a camera at the northern end of the road, again unfortunately with the current situation the installation fee and the small balance left over that would have been covered by the Council is not able to be authorised until we are no longer under Section 114 and there is a clear path back to a balanced budget.”

These are the contact details for the first point of contact for any issues you may have regarding the construction sites currently operating on the WURA roads under planning applications approved by Croydon Council.

Please only refer back to the WURA Secretary if you are not satisfied with the developer’s response to your enquiry.  Please copy the Secretary in on any correspondence for record keeping purposes. Note also that if you are unhappy with the response and believe that the developer has broken the terms of their agreements, you should raise the issue with Croydon Council as described in “Problem With Construction Sites” .

We have suffered another tranche of planning applications recently, the majority of which the WURA committee consider to be over-development for the size of the plot and a level of intensification which will impact road safety, the environment and the amenity of the immediate surroundings. WURA will continue to submit objection letters for these types of proposals.

We still await responses to letters written to Heather Cheesbrough (July 2020) and  to Nicola Townsend (Sept 2020) the new Head of Development. Hopefully they are having some effect on  planning decisions as refusals are beginning to emerge even if they have not made a formal acknowledgement to either of them. The recent application for 37 Welcomes Road and an earlier one for 52 Welcomes Road were refused and the reasons stated included over-massing, scale and highway safety.

The current situation is as follows:

This represents a 10-fold increase in dwellings, the vast majority with inadequate parking capacity.

More information about each of these can be viewed on the Planning Application Archive page.

This website uses cookies to improve your experience while you navigate through the website.  Cookies that are categorised as necessary are stored on your browser as they are essential for the working of basic functionalities of the website, and include those for cookie management.  The only other cookies we use are third-party cookies from Google Analytics to help us analyze and understand how you use this website.  Google's use of the information collected is covered by the Google Privacy & Terms.  These cookies will be stored in your browser only with your consent. You have the option to opt-out of these cookies, although opting out of some of these cookies may have an effect on your browsing experience.

This website uses cookies to improve your experience while you navigate through the website.  Cookies that are categorised as necessary are stored on your browser as they are essential for the working of basic functionalities of the website, and include those for cookie management.  The only other cookies we use are third-party cookies from Google Analytics to help us analyze and understand how you use this website.  Google's use of the information collected is covered by the Google Privacy & Terms.  These cookies will be stored in your browser only with your consent. You have the option to opt-out of these cookies, although opting out of some of these cookies may have an effect on your browsing experience.

Any cookies that may not be particularly necessary for the website to function and is used specifically to collect user personal data via analytics, ads, other embedded contents are termed as non-necessary cookies. It is mandatory to procure user consent prior to running these cookies on your website.